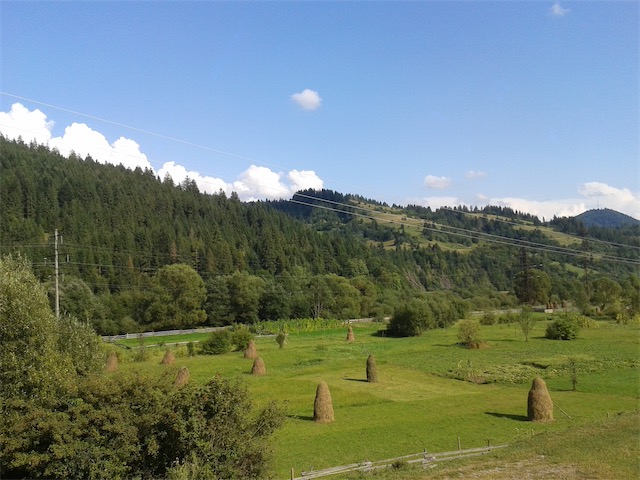 The first working meeting brought together project experts and representatives of local communities, local NGOs and local business who are interested to submit a project proposal in the nature protection field, sustainable development, ecotourism, ecological education and sustainable use of natural resources.
In this meeting the project leader presented the project idea of the German-Ukrainian project “Support of nature protected areas” which is financed by the KfW bank in Germany to the audience and answered the upcoming questions and comments. After a discussion about the project comments and proposals from the audience about the main items, challenges and threats in the region and in the CNNP were collected.
At the end of the first meeting Frank Grütz held a presentation about the need of Rangers in the CNNP, the duties of Rangers, the work of the IRF and ERF and the offer to support establishing a Ranger system in the CNNP by the IRF and ERF.

The second meeting “Possibilities how to implement a Ranger Service in the CNNP”
was held in the office of the Vice-Director CNNP with attendance of Mrs. Marta Korchemlylik, Head of the scientific department of CNNP, Mr. + Mrs. Armin and Anna Peuker, representatives of a local nature conservation group and Mr. Frank Grütz.
In this meeting several possibilities and proposals how to implement a Ranger Service to protect the biodiversity in the CNNP were discussed. As the main problems in the CNNP were noted:
– Illegal hunting/ poaching of wolf, lynx and also brown bear
– Illegal logging
– Construction of buildings etc. without permission in the CNNP
– Illegal dumping of waste
– Illegal dumping of sewage into the rivers and lakes

From October 12 – 19 a Ukrainian delegation from the Yaremche region with representatives of the CNNP, local communities, local NGOs and local business will visit the Bavarian Forest for an exchange of knowledge and expertise.

The participants of the meeting agreed to wait until the delegation will return from Bavaria to Ukraine and then together to work out an application for funding to the EUROPEAN UNION about the protection of biodiversity by establishing a Ranger system in the CNNP to protect the populations of wolf, lynx and brown bear in the Carpathian Mountains.