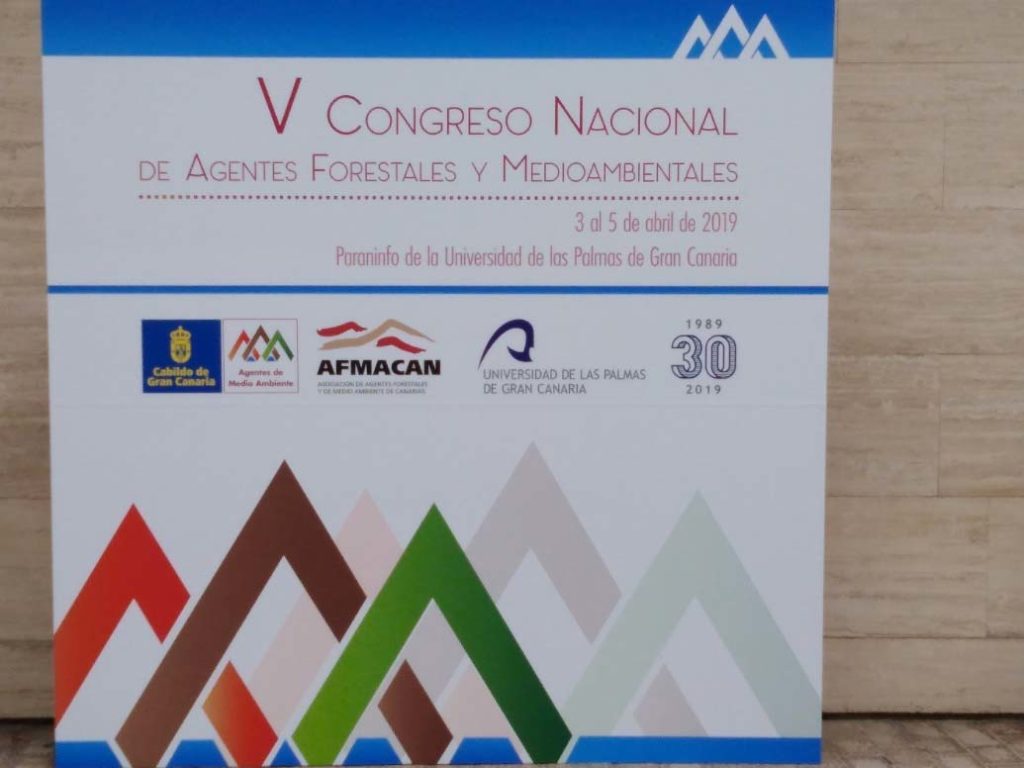 The 5th Spanish Ranger Congress was held on 03.-06. April 2019 at the University of Las Palmas on Gran Canary Island.

About 250 Rangers from all over Spain and guests from several European countries attended the Congress which was perfectly organized and supported by the Autonomous Region of Gran Canary, the Ranger Association of Canary Island AFMACAN, the Ranger Department of the Community of Madrid, the University of Las Palmas and the Spanish Ranger Association AEAFMA.

At the Opening the representatives of the hosting organizations offered a warm welcome to the attendees and in his opening speech the Honorary President of the IRF Gordon Miller highlighted the importance of the work of Rangers worldwide to protect our nature and pointed out the strong bond in the worldwide Ranger family.

In Spain about 6000 Rangers carry out their multiple duties not only in protected areas but also in the remaining open landscapes without any protection status.

Main issues of the Congress were:

On the last day the attendees visited several special natural places and the core area and buffer zone of the Biosphere Reserve Gran Canary Island, like the Caldera de Bandama, the Caldera de Tejeda with the beautiful village of Tejeda and with breathtaking views of Roque Bentaiga and Roque Nublo, extraordinary volcanic rock formations like needles.

Another highlight of the field trip day and a touching moment was the visit of the memorial which was erected in 1977 for the 100 years celebration of Spanish Rangers.

At the end of the filed trip day the attendees visited the fantastic dunes of Maspalomas in the transition area of the Biosphere Reserve.