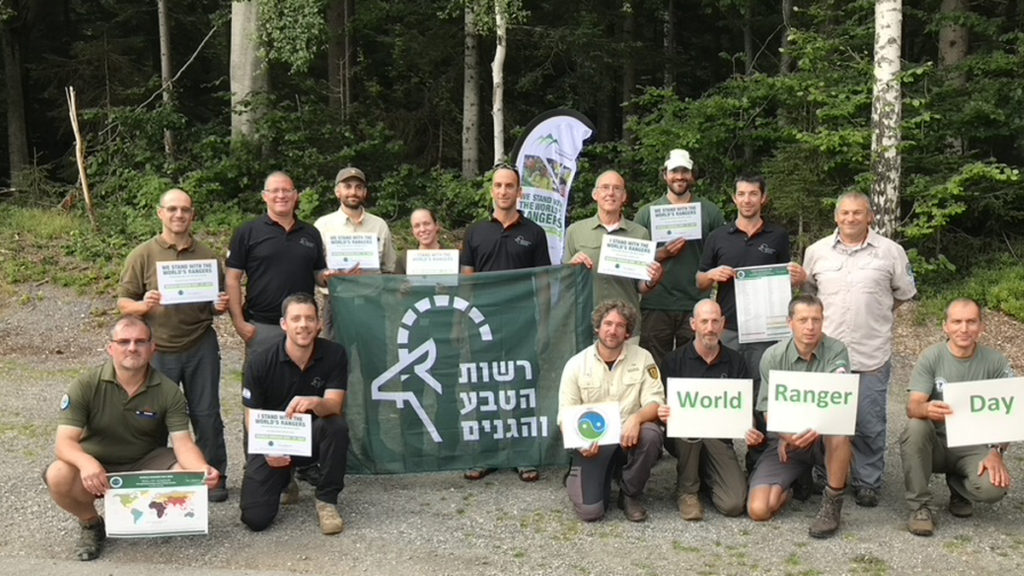 This year’s World Ranger Day was a double occasion to celebrate for us as European Ranger Federation (ERF) and the rangers of the Israel Nature & Parks Authority (INPA), twinning partners of the German rangers. On this day, when rangers worldwide commemorate colleagues who have died in the line of duty, we launched our joint webinar series on the fight against poaching. ERF President Urs Reif and Ilan Yeger, head of INPA’s anti poaching department, explain how the training came about and how it relates to the sad background of World Ranger Day.

Urs, you decided with the Israeli rangers to conduct anti-poaching training. Which needs and challenges did you see on the topic for rangers in Europe?

Urs Reif: There were two reasons for our decision: I have been to Israel in connection with the twinning project between Israeli and German rangers. This is where I learned that the Israeli rangers do a very professional job in anti poaching. On the other hand, as ERF we had many meetings with other rangers in Europe. Quite often they told me that they are really interested in anti-poaching training. So I asked Ilan: Could you imagine doing training, really close to the idea of “Train the trainer”? According to this idea, rangers train and support rangers to spread knowledge within the family on a low budget, but high quality level.

Ilan, did you immediately agree when Urs asked you to offer training?

Ilan: I should say that we have already established an anti-poaching course in Israel for European rangers via the ERF with support from the Thin Green Line Foundation in 2019. It was a very successful project and we gained experience giving knowledge to our colleagues. So when Urs called me, I immediately said yes. Then I started to think about the topics we Israeli should put on the table for European rangers. After some research we decided that the topics will be

I sent this programme to Urs who gave me the green light. Then I chose the people to do the webinars. I booked a professional camera team to record the videos, which not only will be shown in our webinars but also could be spread to rangers who could not participate.

You talked about the safety of rangers. Is this also why you started the webinar on World Ranger Day – the day to commemorate the deaths of rangers, including those caused by poaching? To make a very hands-on contribution to celebrate the day?

Ilan: During the last year, 150 rangers lost their lives worldwide, often due to fighting poachers. This is a terrible number. World Ranger Day as a memorial day seemed a fantastic day to me to share our knowledge to fight against those poachers. If we can save at least one ranger with this knowledge, we did our job. And on World Ranger Day we have the attention of all rangers worldwide for our topic. Maybe this is why rangers around the world came to join our webinar to apply the concept to their own associations.

The first training you mentioned took place onsite. Why did you now decide to offer online training?

Urs: We had really good experiences with the face-to-face-training. This is also what we are aiming for: We want rangers to get in direct contact with each other to share their experiences internationally. But there still is the pandemic, which imposes many restrictions on us across national borders. And most of the poaching issues happen in Asia, Africa and South-America. That is why it is all the better to have online training. Furthermore, the decision was made at a time the ERF received a major grant from the environmental foundation of Greenpeace in Germany to support our training programme. Of course, there is still a lot of volunteer work involved. But thanks to the support we are now able to pay a professional video team for the production of the webinars.

Ilan: Also, some rangers cannot afford to come to training outside of their country. With our webinars, every organisation has access to the knowledge and could offer a small course for rangers with the videos without having to take them out of their protected areas. 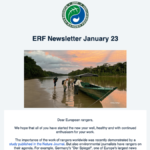