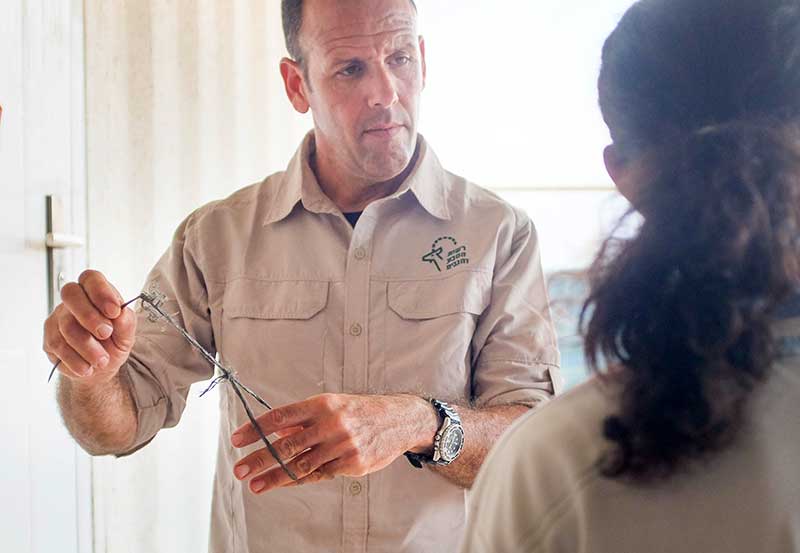 In the first week of December 2019 we conducted an operation to locate loop snares in southern Israel in the region called the Arava.

Foreign agricultural workers from the Far East, mainly from Thailand, live in this area. Unfortunately, some of them have brought hunting methods with them that harm wild animals, which already have a hard time surviving in the desert.

To carry out the operation, 30 rangers skilled at finding snares searched large areas on the boundary between agricultural areas and desert open spaces.

In two days of searching we found about 30 loop snares.

Translators were also part of the team; during the operation they helped us explain to the foreign workers in their own language what they may and may not do, and if we encountered illegal hunting the translators helped us question the suspects.

All in all, during the operation we met about 300 foreign workers, mainly from Thailand, but also from Vietnam, Nepal and Burma. Suspects were questioned and investigations were launched.

We carry out such operations once a month in various parts of the country.

In addition to locating snares, these operations also involve enforcement and prevention by means of explanation.