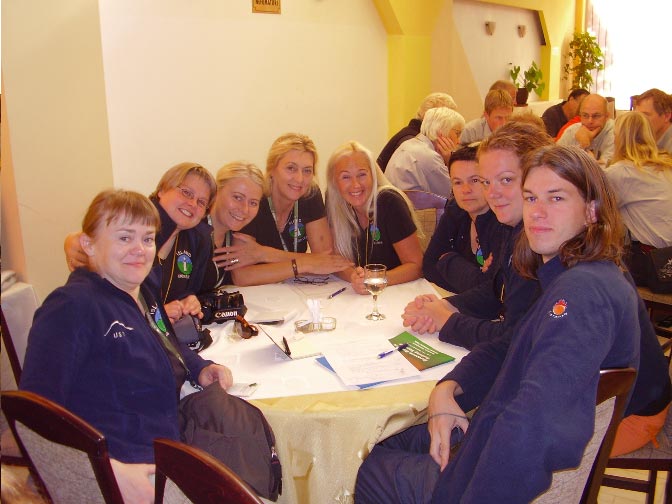 The Ranger Association of Iceland has made two twinning agreements with two separate countries; first with Scotland later with Romania, because having one twin is not enough!

In 2013 the ground work for a collaborated project between Iceland and Romania began. Through a lot of hard work, bureaucracy and red tape, Project Ranger´s Exchange was finally born and funded by EEA Grants in 2015. The project focused on giving Icelandic and Romanian rangers a chance to travel to National Parks and protected areas in each other’s countries and experiencing ´the ranger job´ in other places. Twelve ranger´s, six from each country, were given the unique chance to participate in the Ranger´s exchange project.

Romania and Iceland tied the knots (sealed the deal) in May 2017 at the European Ranger Congress in Czech Republic where their twinning agreement was signed. The great friendship between the two countries began, however, a decade before at the first European Ranger Congress in Romania 2007. Nine delegates from Iceland participated in the congress which was the point of no return, Romania and Iceland found each other.

The job of park rangers varies greatly across the world. By visiting different protected areas, getting to know numerous rangers we broaden our perspective and learn that no matter where you are, that we more it less face the same problems. We greatly value the chance to meet and get to know rangers throughout the world. Our visits gave the rangers a chance to know the different working environment that the rangers in Iceland and Romania live with. The everyday challenges they deal with and first and foremost it created a bond and friendship between Icelandic and Romanian rangers that will hopefully last a lifetime.